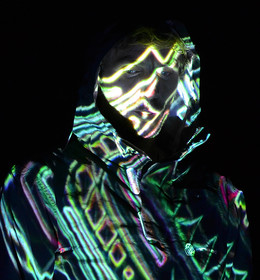 “I am travelling in this beautiful world and stop in different places to consume the creative light of little forgotten corners of energy. I take pictures, I paint, I live there for a while. Light helps me to have a projection between order and chaos by deconstructing and finding the common ground – to enumerate the speeding thoughts of people crossing during the time of the picture.”

The artist is born in Romania and graduated at the Academy of Fine Arts in Bucharest in 2007. In the course of many art projects and exhibitions in Eastern Europe and the USA he evolved his unique style in photography, painting, wood installation and visuals.